Alter 3 android shown at the AI: More than Human exhibit 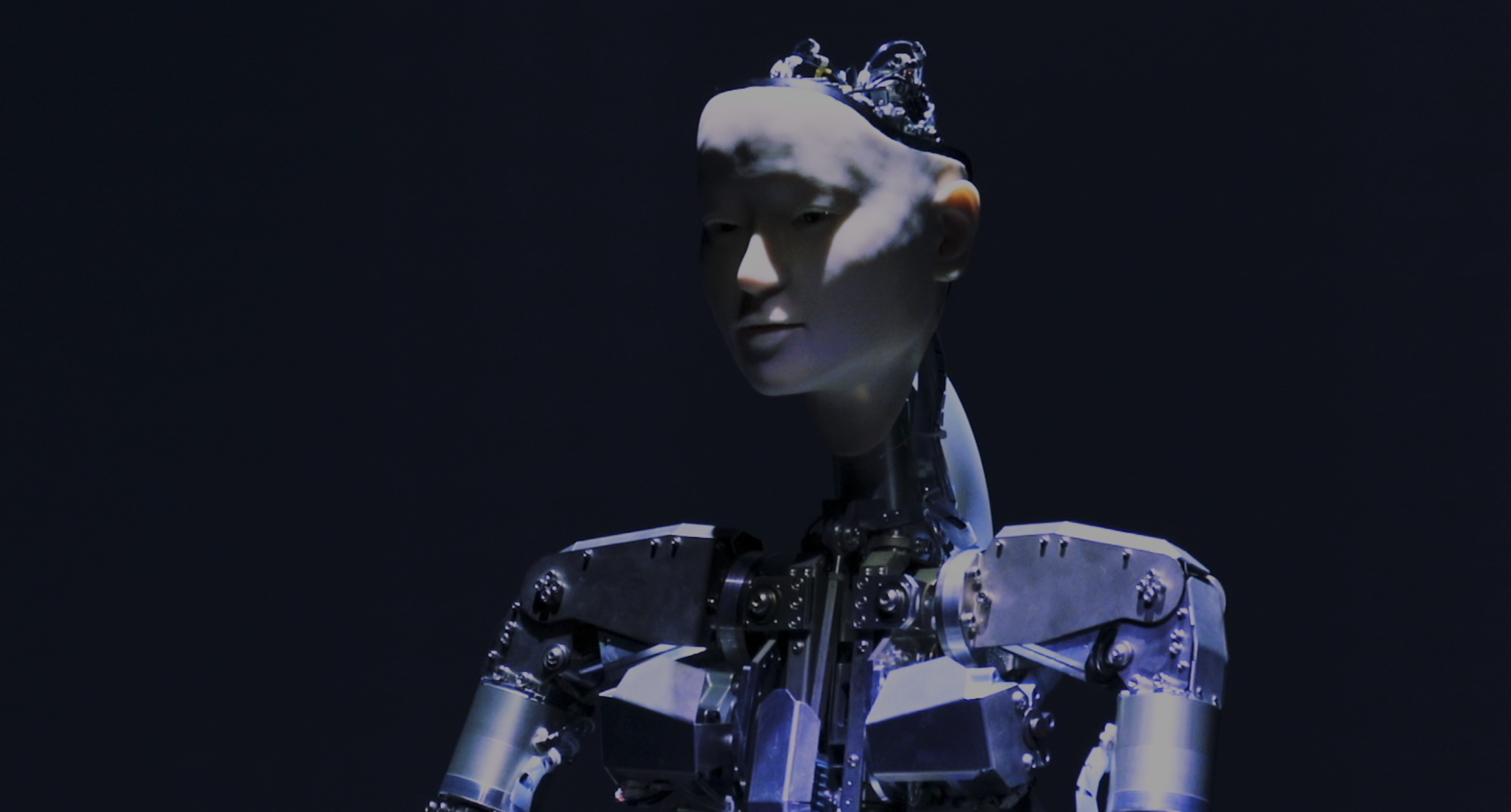 At the AI: More than Human exhibit (May 16-August 26, 2019) held at the Barbican Art Gallery, the Alter 3 android, the world’s first to implement the ALIFE Engine™, a dynamics generation software engine developed by Alternative Machine Inc., was shown to the public.

Showcased as the latest technological advancement, many attendees found Alter 3 to be emblematic of the exhibition’s theme of robots, AI, and humans co-existing, rather than opposing.

When covering the exhibit, approximately 80% of media outlets used photographs of Alter, suggesting the degree of interest the world has in our project.

This was an interactive exhibit that allows guests to experience cutting-edge advances in AI and see the history and future of humanity through the work of artists, scientists, and researchers.

This android was developed in order to explore fundamental questions of whether robots can obtain a sense of life and what life itself may mean. The robot can engage in reciprocal communication with the outside world. Alter is unique in that it has exposed machine parts and that it does not have a determinate age or sex. This is a joint project being pursued with the University of Tokyo and Osaka University.

Alter 3 is the third generation in the Alter line, which launched in 2016. New cameras have been installed in the eyes, and the mouth is now capable of producing sound, with dynamic movement also incorporated.

Based on ALife principles (i.e., creating a robot not about optimizing objective functions, but in which motion is generated), the android utilizes an internal simulation of itself to communicate with humans that enter its field of view, as well as strike new poses.