Released the Alter 3 android, the first product in the world to implement the ALIFE Engine™. 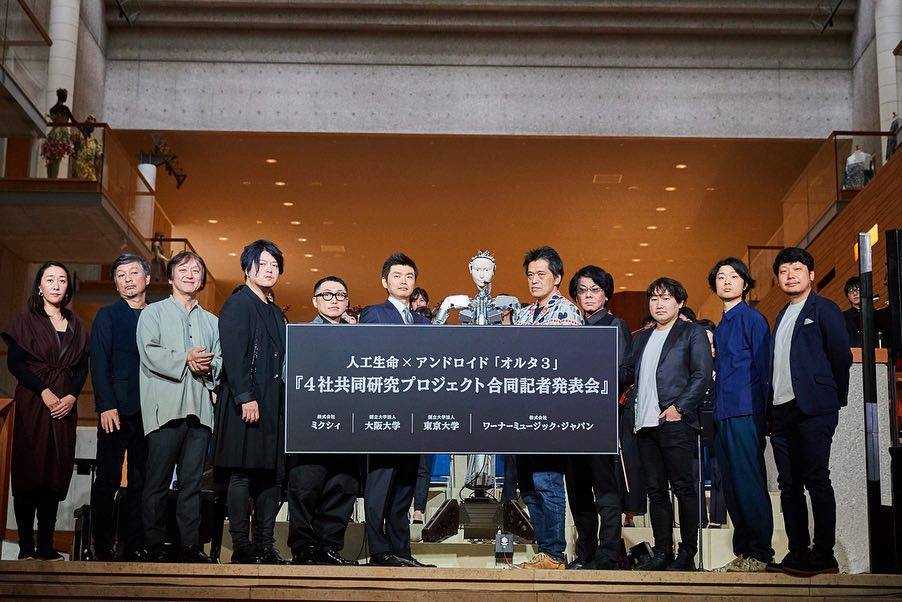 The theoretical design of the Alter 3 was handled by the Ikegami research lab at the University of Tokyo in order to achieve realistic and lifelike expression. The android is the first in the world to feature our ALIFE Engine™, a dynamics generation engine. In addition, our firm was responsible for the development of all aspects of the operating system and robot software.

The next version of the ALIFE Engine™ is currently in development, and we plan to expand it to use in a wide range of products and services beyond androids, robots, and AI, such as use cases where affection, familiarity, a sense of presence, lifelike expression, and the uniquely ineffable qualities of a lifeform would be needed.

This android was developed in order to explore fundamental questions of whether robots can obtain a sense of life and what life itself may mean. The robot can engage in reciprocal communication with the outside world. Alter is unique in that it has exposed machine parts and that it does not have a determinate age or sex. This is a joint project being pursued with the University of Tokyo and Osaka University.

Alter 3 is the third generation in the Alter line, which launched in 2016. New cameras have been installed in the eyes, and the mouth is now capable of producing sound, with dynamic movement also incorporated.

Based on ALife principles (i.e., creating a robot not about optimizing objective functions, but in which motion is generated), the android utilizes an internal simulation of itself to communicate with humans that enter its field of view, as well as strike new poses.